"Even the Hells themselves run on money. For coin, my skills are yours to command."

In a word: blunt. Eligos may have once been quite a charmer and happy to idly compliment others and flatter insincerely, but time and experience have stripped him of the vast majority of that person he once was, leaving behind a man who cares little as to what the world around him might think or feel. What he values most now are his abilities and how he might be able to sell them to potential clients. While he can still act the part, it rings hollow should one note the inconsistencies that show once he needs to put up a performance of caring for others.

His survival comes first, his profits second, his clients somewhere down at fifth, and everyone else is a distant fifteenth or less. While his work dabbles in gray, he views the world itself in black and white, with little space in between for unknown variables to change his perspective.

Eligos's priorities and lack of true empathy may leave him cold and cruel when on an assignment, but he typically is quite passive. The majority of the time he is quite content to find a quiet place to read and occasionally watch people from, and would sooner leave than lash out if his peace is disturbed. It is only when he absolutely must or when he is hired to act that he will step in rather than remain the passive observer.

While he is loyal to his contracts to a fault, employers are to never assume to have power over him. Eligos's contract is a devil's deal. Should he ever be so inclined, his contractor might find themselves losing far more than they ever gained from employing him. 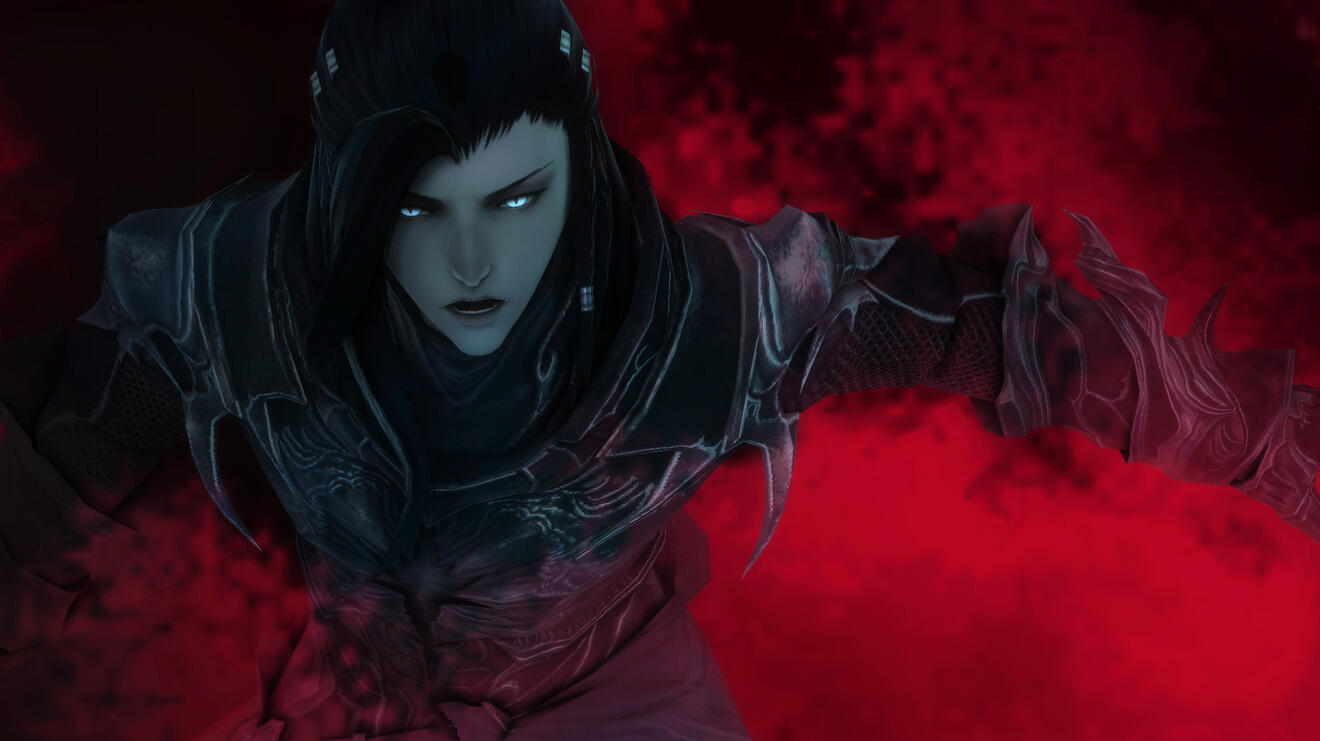 While Eligos isn't one to swing a weapon without good cause or a paycheck behind it, and for the most part is passive when not working, he is a coldblooded combatant who thinks naught of the injury inflicted upon those he faces. Explosives, poisons, and magitek are all brought to bear on his opponents with zero hesitation or thought as to how humane his tools might be or the collateral damage they inflict on those around them should one stand between him and his goals. While he harbors no joy for the bloody nature of his work, Eligos is quick to pull the trigger in order to bring about any task assigned to him to conclusion, so that he might collect what is due and move on to the next job. There is no loyalty to be had beyond contract and coin, so would-be allies can easily find themselves in the perilous position of being in his crosshairs should they prove to be a hindrance and there is no stipulation in his contract staying his hand.

Should he take to the field with a magitek armor, Eligos prefers to utilize ranged weaponry built into the armor on his person to weaken his foe, with hidden tools and melee weaponry brought out when the gap is finally closed. His armors are designed to withstand his own explosive tools, which he utilizes liberally without regard for who might be nearby. It is these armors that eventually resulted in former clients referring to him by the moniker of 'Steel Devil', as while the armors are extremely advanced on the inside, Eligos himself prefers to dirty his own claws and opts for more direct approaches that, while effective, lack any shred of humanity, in order to get his jobs done as quickly as possible. Many are the jobs that his clients believed he would pull out some miracle magitek tool to resolve all issues, only to instead bear witness to Eligos brutalizing his target, tearing them limb from limb with his own two claws.

More often than not, the Garlean will keep his deadliest tools in storage in order to save money and time with repairs, and instead will opt to take to the field with little more than light body armor, a rifle, a pistol, and a collection of small explosives and tools with which to set traps. Rather than charging in headfirst, he prefers to research and prepare an appropriate field of combat for when he engages the target, with deadly traps and distractions prepared in advance in order to keep the target in place as he takes them out from a great distance. If all else fails and he finds himself set upon, he carries explosives and smaller, lighter armaments in order to defend himself. While he's more capable in melee than he is in ranged combat, Eligos prefers to avoid risking his neck unnecessarily and packs accordingly. When out of his armors, he rarely has more than a dagger in the way of armaments suited to close quarters combat, relying instead on having accurately gauged the threat and bringing enough ranged firepower to get his job done.

A Devil's Contract
Eligos's main line of work is as a hired hand and mercenary. He is as known for his absolute loyalty to his contracts as he is for how ruthless he is when someone fails to pay him or tries to renege on their deal with him. Those that are willing to play with fire can hire him to have him fulfill their every request. But there's always fine print in a contract with a devil, even if one only in name.
Metal Guardian
Frequently, Eligos finds himself hired by others to either serve as their sword or their shield when dealing with business rivals or to create interference in their works. While he's more known for his willingness to stoop to any level in order to come out on top as the aggressor, he is a capable bodyguard that others might have seen lurking in the corner of rooms before, serving as the armored shadow to important figures who fear retribution more than the price his contract commands.
Magitek Collector
Those who have worked with magitek salvage or the ones who have auctioned it off to the highest bidder before may well be familiar with Eligos by reputation if not face. He habitually shows up to such auctions he is made aware of in order to buy materials for his work, as well as to get his hands on technologies that were only recently fielded or uncovered.
The Businessman
While Eligos rarely employs others in a direct manner, preferring to do all work himself, he has his fingers in a number of businesses. Eligos invests in places he believes have potential or some real measure of power in order to to get a cut of the future profits and potential early access to their products. He is willing to help fund up-and-coming businesses if he can be convinced there's a future for them, though he is usually skeptical and demands some proof of concept before a single gil leaves his wallet.
The Cook
As much as Eligos would have the world believe he lives in his office, he does have a social life. He can be frequently found going out to eat at high-end restaurants, with a notepad in hand in order to record his meal and his best guesses of ingredients in order to recreate the dish for himself later. He also frequents markets in order to get the freshest ingredients for anything he might wish to try cooking after having it elsewhere, often taking the extra time to chat up locals to learn more about the ingredients he was hoping to use in a dish.
Begrudging Tutor
While Eligos never formally graduated the magitek academy and so died on paper as a mere Cen, he was near the top of his class and was weeks from graduation at the time. Having supplemented what he learned there over the years by taking apart the creations of others, he has taken the lessons learned and applied them to his own equipment. Through trial and error, he has pushed his works to beyond where he was during his Academy days. For the right price and with a little pushing, he can be convinced to assist others in their magitek projects, and has been known to supply his expertise in the field on occasion with a little prodding.

If any of these do not quite fit but you'd like to meet Eligos, feel free to reach out!
I'm happy to plot with and figure out a way to have characters meet!

Out of Character Information

The player works a Monday to Friday job, and has a very limited amount of personal time as a result. As a result, the player may not be able to respond immediately, but will try to respond at earliest opportunity. This also usually means that any roleplay in-game needs to be scheduled ahead of time, rather than being spur of the moment.Roleplay Experience: 11 years across multiple mediums, primarily MMOs.Theme wise, most anything is up for discussion and inclusion. While Eligos can lean towards darker themes where roleplay is concerned, such subjects are only considered on request of other parties, and will not be introduced or touched on without explicit prior discussion.Character Death/Dismemberment/Long-Term IC Consequences that can drastically affect a character such as curses and the like will not happen without OOC discussion and approval beforehand by both parties. Likewise, method of combat resolution will be discussed before any engagements. While dice is preferred, it is by no means the only option.Taking information presented on this site as in-character knowledge without prior conversation and agreement will not be looked upon well, nor will godmodding or powerplaying be tolerated in any fashion.Eligos is a lore-abiding character, made with information from the world's setting. While flexibility with some lore is needed for some characters to fill gaps in where there is no information, lore-breaking characters will be treated as the oddities the world would see them as by Eligos.Are there alts? Absolutely. I just spend most of my time on Eligos unless asked to hop on another character. If you want to meet another of the roster, simply ask! 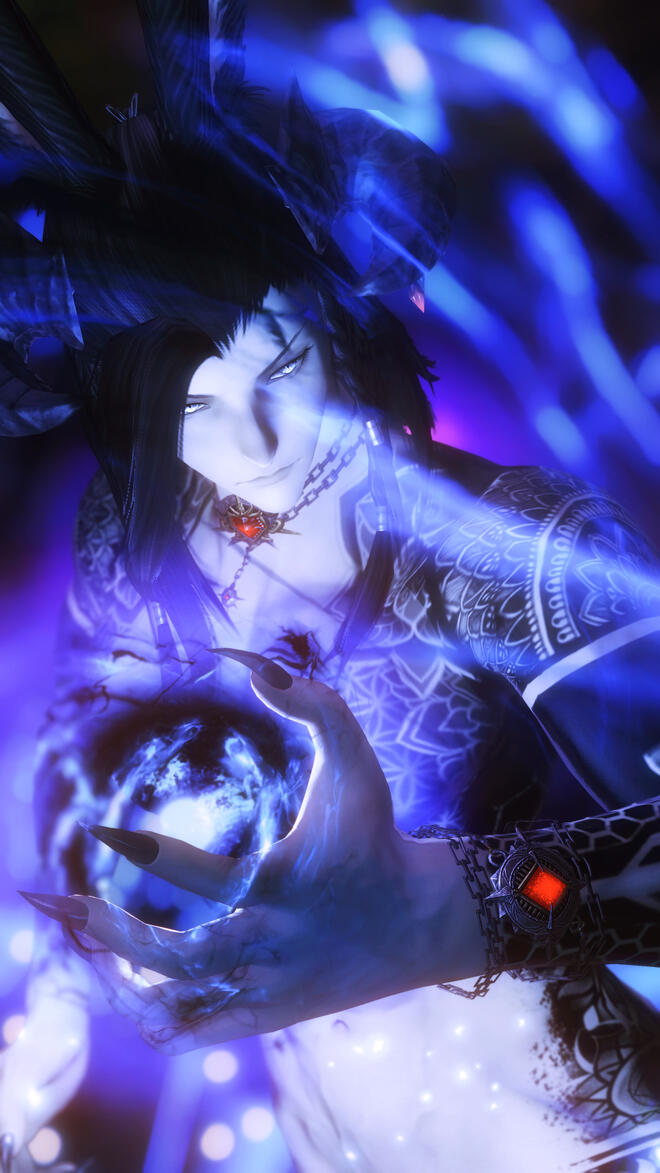